Doctors Want You to Know This About Dupuytren’s Contracture

Doctors Want You to Know This About Dupuytren’s Contracture 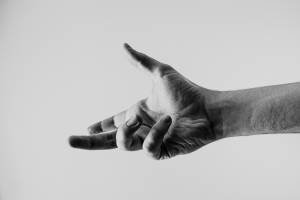 3% of Americans, which is approximately 10 million people, are affected in varying degrees by the chronic disease Dupuytren. It is a genetic disease that leads fingers to get bent and curl into palms. It is often debilitating, since it generally attacks the fascia. This is a skin layer in a person’s palm that is quite thin. Over time, Dupuytren causes so much damage to the fascia that a finger or two will start to move inwardly. The patient’s hand will then start to get the appearance of being claw-like. At that point, the patient will be in the Dupuytren’s contracture stage.

Here are some things doctors want you to know about Dupuytren’s contracture:

Manhattan-based private practice hand doctor and surgeon Dr. Keith Raskin has a key tip for checking if you’re headed for Dupuytren’s contracture. It’s also incredibly simple: put your hand on a table and lay it out as flat as it will go. If it’s fully touching the table and you’re unable to slide anything under it like a sheet of notepad paper, you’re alright. However, if your palm is not in full contact with the table anymore, your disease is likely progressing.

This is largely due to the disease being genetic in nature. In terms of commonality, men and Caucasian people in general tend to get it more, but it can strike anyone. Other reasons that could put someone at risk for Dupuytren disease include work circumstances that required heavy manual labor and lifestyle choices such as heavy drinking and smoking.

Usually, it’s the ring finger that will be initially affected by Dupuytren’s contracture. The finger that follows after is usually the pinky. When this happens, a lot of things can go wrong, and you will hardly be able to use your hand for anything. You will have difficulty gripping most things, wearing gloves will be tough, and you might even poke your eye when trying to wash your face. The simplest acts such as clapping and handshaking will also be near-impossible.

According to Dupuytren Research Group founder and director Dr. Charles Eaton, approximately 80% of Dupuytren disease sufferers have no bent fingers at all. In the earliest stages, your palm will have nodules, which are essentially lumps. There’s also a puckering of the skin on there. Most people are generally in that stage, and sometimes, they stay there. It doesn’t always develop into the Dupuytren’s contracture stage.

In need of an orthopedic hand specialist? Contact North Florida Hand and Wrist today. We are a state-of-the-art surgical facility staffed by a team of dedicated practitioners whose primary goal is to ease any hand or wrist discomfort you may experience.